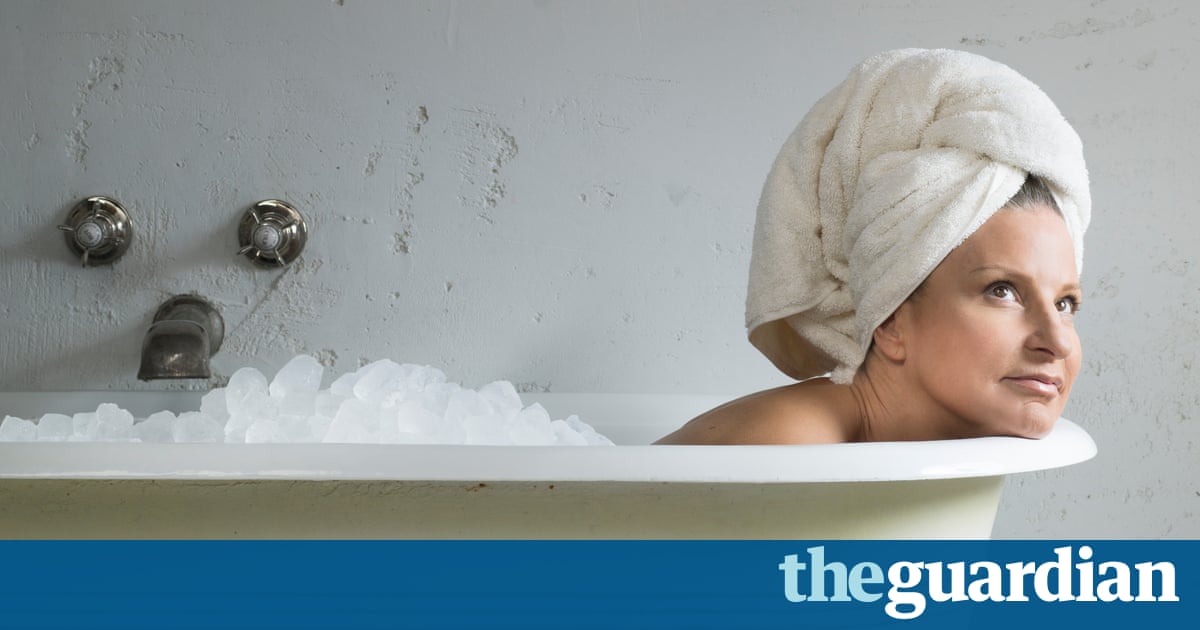 This time last year, I could not get out of bed. Just days into January, a New Year resolution to get back into the gym had been rendered laughable by a influenza unlike anything I’d ever known. Emergency childcare was marshalled from under the duvet; where reference is arrived, I had to crawl to open the front door. Friends took one look at the pitiful figure on her knees, clinging to the hallway radiator, and gently indicated I might need to start taking better care of myself.

It hadn’t passed to me that this policy might one day stop working. But after undergoing fairly brutal therapy for cancer in 2015, I saw myself overweight and horribly out of shape, with an immune system no longer worthy of the name. The influenza was the final straw. Clearly, it was time for drastic measures. I had to get help.

The truth, of which I am not proud, is that until then I’d not given animal welfare more than a pas think in my life. I loved meat. In as much as I’d ever paid attention to veganism, in my mind it was a bit precious and a massive palaver. The obvious question would therefore be: couldn’t I just eat healthily without becoming a vegan? Why not simply listen to my body, and feed what it asks for? I can see that for lots of people- maybe most- this would be the sensible answer. In my case, however, it is a terrible idea, the message I consistently get from my body is that a great breakfast menu plan would be two Mars bars and a Cadbury’s thumb of fudge.

Encouraged by the fact that the couple who operated Detox-Fit look like cartoons of physical perfection, I signed up to a personal trainer and a vegan diet for what I thought would be a three-month experiment. To eliminate the possibility of willpower failure, I took the precautionary measure of posing for a “before” photograph for Women’s Health magazine. I’ve always saw the fitness magazine’s” body challenge” series hypnotically obliging, and there is nothing like their chances of an “after” photoshoot to keep you away from the fridge.

So in late January last year I began training three or four times a week with a trainer called Rory Lynn, who used to be a professional rugby player and confounded my racisms about PTs. Having always suspected they were little more than a lifestyle status symbol, and never imagination the idea of paying someone to shout at me in the gym, I had been doing the same workout routine by myself for nearly a quarter of a century. It was pretty much what you insure half the population living in any gym doing- some weight machines, a spot of cardio on a treadmill, plus some Jane Fonda-ish wiggling of legs in the air. The potential that this had been an nearly total waste of time had never intersected my mind.

Not one of the things I used to do in the gym put forward in Rory’s workouts. I was introduced instead to an unfamiliar new world of bear creepings and burpees, Turkish get-ups and Russian twists, single leg glute bridges and crab walkings. A lot of his exercisings were quite like moves one might make in real life: lots of stepping sideways up on to a box, slamming medication balls down on to mats and strolling up and down carrying heavy weights like suitcases. These always appeared either easy or even quite fun when demonstrated by Rory. Minute later, I would be flat on my back, gasping for breath. When were we going to move on to the weights machines, I asked plaintively. We weren’t.

The really big surprise, however, was the unexpected pleasure of resignation. It was infinitely easier to develop to the point of nausea with Rory than it had ever been to amble around the gym by myself. Being temperamentally indisposed to relinquish control, it came as quite a revelation to discover how much simpler everything becomes when you do. Half the battle with the gym is simply getting yourself there; and once inside, the temptation to slope off after 20 minutes attains the whole business an endless internal battle. But with Rory in charge, I could stop thinking about it. You show up when he says, do what he tells you to, and, er, that’s it. There is no willpower required.

Weirdly, I procured myself adopting other uncharacteristically healthy habits, nearly without noticing. I began setting my alarm for 5am, and beginning the day with a 15 -minute cold bath on the advice of a friend who had also been through chemotherapy and swear by them, the reasoning being that they boost the immune system. The first time I tried one I screamed the house down. The trick, I soon learned, is to get into the bath when it’s still empty and let the water level rise over you. I wouldn’t go so far as to claim it’s a pleasurable experience, but the sensation when you get out is not unlike taking class A drugs- and on a good day the buzz can last until lunchtime. Dry brushing is also remarkably effective at constructing your body feel alive. It helps with lymphatic drainage and the excretion of toxins, is very simple, and runs precisely as it sounds. You brush yourself all over with a dry brush for about 10 minutes, and within a few days begin to visibly glow.

Another big surprise about my new regime was that, far from being complicated, veganism constructs life amazingly simple. For the first few weeks, while I was panicking about what to cook, Detox-Fit delivered vegan ready meals to my doorway- which was very convenient, patently, but quite unnecessary. If you are someone who needs regulations in order to eat healthily, an omnivore diet becomes an endless negotiation between angels and devils, and everything you eat involves a decision. The exhilaration of veganism is that “youve got to” build only one decision: to eat no animal products. Once that’s done, you scarcely have to give food another believe. The ceaseless clamour of adverts and billboards recommending you to eat things you shouldn’t is miraculously silenced. Junk food can shout at you all it likes; you can no longer hear. The world abruptly becomes blissfully calm.